Telfaz11, a Saudi Arabia-based digital media company with over 20 million subscribers on their network, and reporting more than 2 billion views on YouTube, has raised US$9 million in a Series A round of funding. The investment came from KSA-based Saudi Technology Ventures (STV), a $500 million VC fund anchored by Saudi Telecom, as lead investors, with the participation of UAE-based early-stage funding platform VentureSouq. The startup plans to utilize the funding proceeds for capacity building, for its plans to increase the rate of monetized content, and for its strategic expansion plans in “key neighboring markets.”

The startup also aims to direct some of the funding towards gaining deeper insights into existing and new audience segments. Led by a team of young storytellers and tech savvy entrepreneurs, this is Telfaz11’ s first external funding, with the company growing from strength to strength since its launch in 2011, while being bootstrapped. Telfaz11 derives its name from the Arabic word telfaz, which means television, while “11” is the team’s way of paying homage to 2011, a year they believe “heralded a new age of creative expression in the Arab world.”

Fast gaining recognition as one of the influential digital media companies based out of Saudi Arabia, Telfaz11 is known in the Arab world for its narratives inspired from local culture combined with elements of humor. It strives to popularize local entertainment with their original online content that includes YouTube videos, shows, branded show packages, and much more. Telfaz11 has a number of viral videos and YouTube shows to its credit including No Woman, No Drive, Temsa7LY, Khambalah, Alkhallat, and Telfaz11 Top 5. Major clients of the team include national and multinational companies, such as STC, Mars, P&G, Uber, and Ikea, to name a few. 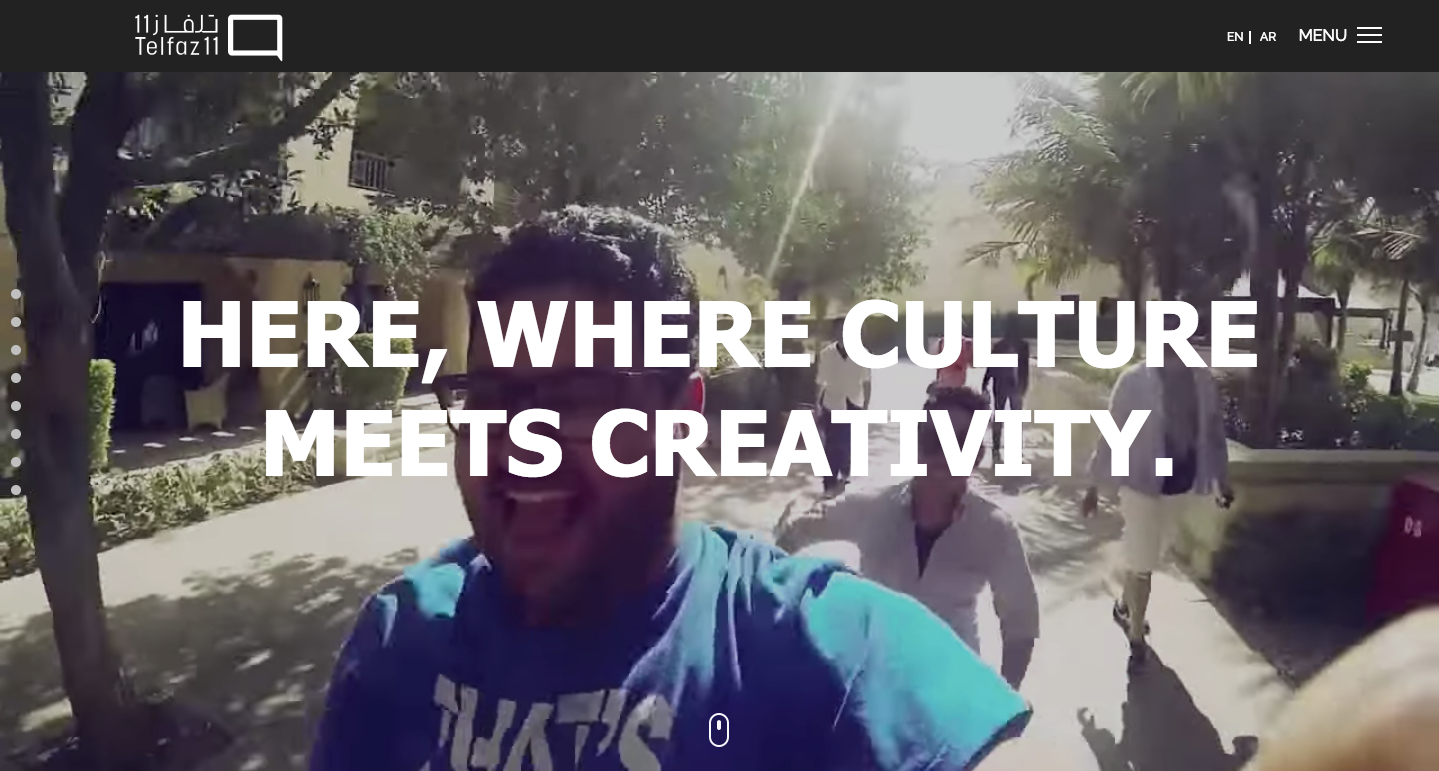 Founded in Riyadh by Alaa Yousef Fadan, Ali Al Kalthami, and Ibrahim Al Khairallah, Telfaz11, as per the entrepreneurs, was born to satiate Saudi Arabia’s (and the Middle East’s) strong appetite for creative expression. “In fact, [even] before we started, we came across amazingly talented and creative people locally, but unfortunately, we, as Saudis, were not known for our creativity or our content, mainly due to cultural perceptions on the creative industry,” says Fadan. “Moreover, we believe that there wasn’t any content, on TV or otherwise, that truly appealed to or represented the Saudi youth,” he adds. This was the trigger for the three storytellers to turn to “creative culture catalysts,” and establish a creative economy in the region by launching Telfaz11.

The Kingdom’s recent plans to invest $64 billion in a complete overhaul of its entertainment sector over the coming decade, as well as its plans to focus on building venues and inviting Western artists, can also be seen as a factor that aided the growth and acceptance of local entertainment players like Telfaz11. “Saudi Arabia’s ongoing wave of economic diversification has unlocked a new era of entertainment in the country, opening doors to a whole new world of opportunities for local players like Telfaz11, and attracting tremendous investor interest in the Saudi market,” says Fadan. “In our pursuit to become the definitive media technology company for the social age, increased investor confidence will help accelerate our long-term growth plans, expand our team, and explore new platforms and verticals,” he adds.

Now, Fadan may well be right in his assessment of investor confidence in a business like Telfaz11. On announcing STV Capital’s investment in Telfaz11 (its first in the region’s digital space), Partner Waleed Alballaa said, in a statement, “We believe the digital and entertainment ecosystems in Saudi Arabia are ripe for disruption, and can unlock value on a regional level. Investing in Telfaz11 will further strengthen our commitment to investing in digital media trailblazers that are shaping the future of the Kingdom’s digital landscape through innovation and ambition.” Maan Eshgi, Partner, VentureSouq, added, “VentureSouq believes that homegrown companies with Saudi DNA will drive the Kingdom’s transformation from an industrial-based to a knowledge- and technologybased economy. As the country moves full steam ahead to realize its digital potential, we believe that investing in companies like Telfaz11 that are capable of realizing and scaling their growth ambitions is once-in-a-generation opportunity.”

Having said that, the process of raising the funds, according to Fadan, took “a few years” for Telfaz11, as they wanted to wait to find the right partners than just getting a monetary boost. “We met with many potential investors, including STV’s founding team, but their fund wasn’t officially approved yet when we had first met,” he recalls. “Last February, VentureSouq invited us to an investor round-up that they periodically organize, to present Telfaz11 to a group of institutional and angel investors. We knew right then that VentureSouq was the ideal partner we were seeking, and we commenced discussions about a potential investment from then on. Soon after, STV officially launched, and their fund was approved as well,” he says. 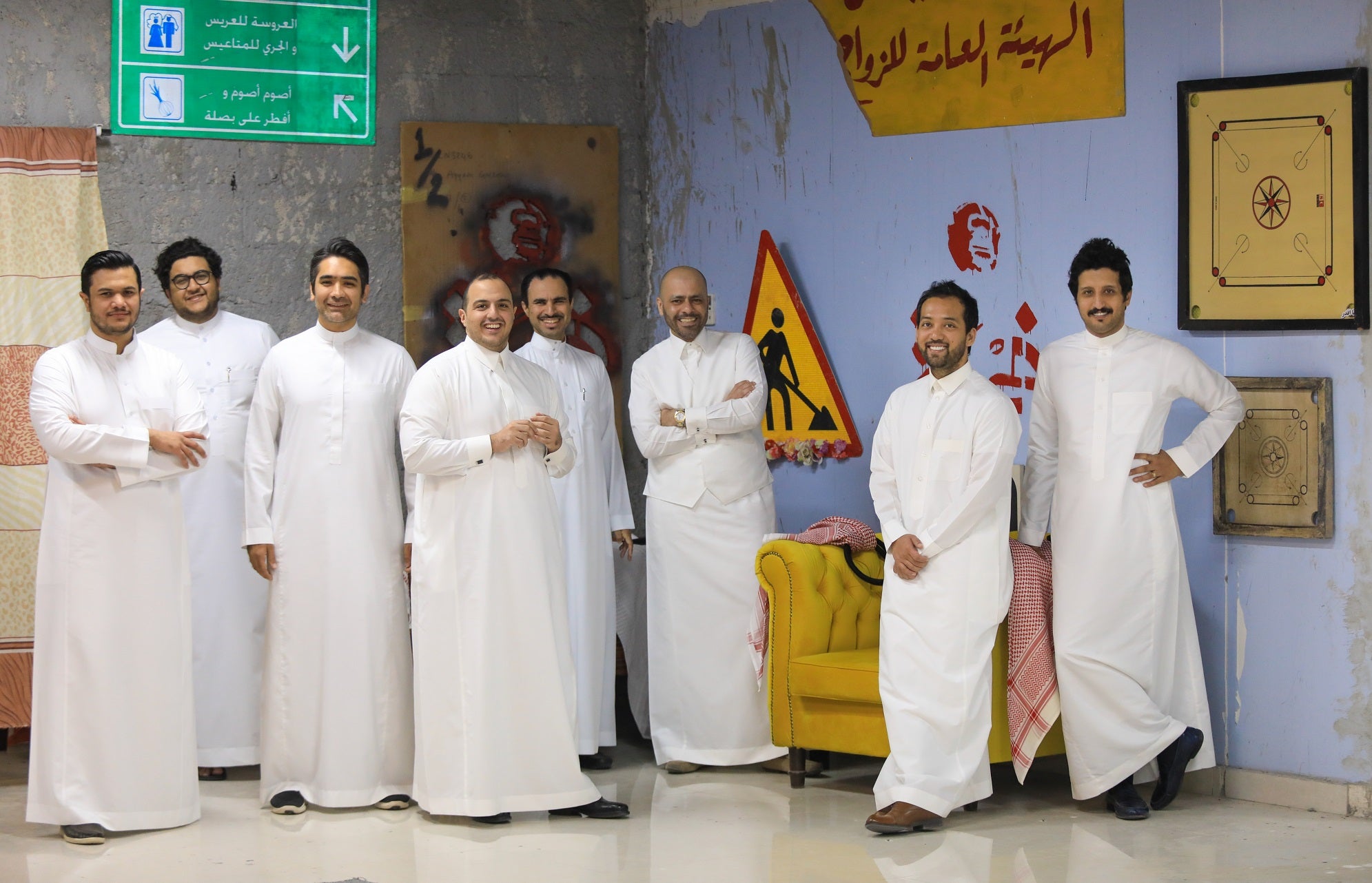 He also draws attention to the hands-on nature of their backers- those “willing to roll up their sleeves to make it work,” as he puts it. “For example, VentureSouq was that kind of investor with us, and have been of tremendous help both early on and throughout our Series A fundraising journey. And of course, STV’s stellar team and their independence in making decisions have enabled them to make quick crucial decisions when it came to the investment in Telfaz11.”

Indeed, with the media and entertainment sector in Saudi Arabia, the industry, as a whole, is expected to grow exponentially, and KSA-based local startups such as Telfaz11 are well placed to capitalize on the Kingdom’s transformation currently underway. “We believe that any region that would like to enjoy premium authentic storytelling, as well as export their authentic stories to the world, would benefit from Telfaz11’s offerings,” says Fadan, forseeing exciting times ahead for the young company.

What are your top tips for the region’s startups to pitch and clinch funding for their ventures?

“[Firstly], focus on your product and postpone fundraising as much as you can. It’s easier for investors to make a decision on your company when you’ve already proven that people love your product and that you are the best in what you do. [Second], finding the right partner is more important than the capital injection. [Finally], start fundraising when you don’t need the cash, and keep in mind that it will probably take you more time than you think to close the investment.”